Underline words and the spaces between them

You can also underline text and spaces in several other ways.

What do you want to do?

Underline words, but not the spaces between them

Go to Font and select Words only in the Underline style drop-down list.

Change the underline style and color

Tip: You can also use the keyboard shortcut Ctrl+D.

Use the Underline color drop-down list to change the color of the line.

Use a double underline

You can underline blank spaces by pressing Shift+Hyphen (-), but it is difficult to line up the underlines — if you are creating a fill-in form, for example. Also, if the AutoFormat option for changing underscore characters into border lines is turned on, pressing Shift+Hyphen (-) three or more times in a row will result in a line that extends the width of the paragraph, which may not be what you want.

A better way to underline blank spaces for a printed document is to use the Tab key and apply the underline formatting to the tab characters.

When you want to create an underline in an online form, insert table cells with the bottom border turned on.

To underline blank spaces for a printed document, use the Tab key and apply the underline formatting to the tab characters.

Go to Home > Show/Hide ¶ so that you can see the marks that indicate spaces and tab stops.

Do one of the following:

To apply a different style of underline, go to Home and select Font dialog box launcher

To create an underline in an online document or form, insert a table cell with the bottom border turned on. This method ensures that when someone types on the line, the line stays in place.

Click or tap where you want to insert a blank underline. 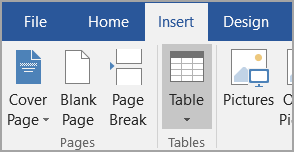 Select the upper-left box to insert a 1×1 Table.

If you want to add introductory text, such as a name or Social Security Number, before the underline, insert a 2×1 Table.

To change the length of the line, move the pointer over the end of the table until it becomes a resize pointer

, and then move the arrow right or left to lengthen or shorten the line.

Click or tap in the table (or in the second table cell if you created a 2×1 table).

The Table Tools appear. On the Design tab, select Borders > Borders and Shading.

Under Setting, select None.

Under Style, select the line type, color, and width that you want.

In the diagram under Preview, click or tap between the lower margin markers to add the bottom border. Make sure only the bottom line is displayed.

Note: If you prefer to view the table without the light gray gridlines that do not print, select the table, go to Layout next to the Table Design tab and select View Gridlines.

If you used a 2×1 table to make room for introductory text, you can type the text before the line.

To remove single underlining from words and spaces, select the underlined text and press Ctrl+U.

To remove other styles of underlining, press Ctrl+U twice.

Change The underlined words. Use the expressions in the list.

four times a week three tumes a day every day twice a day once a month twice a year
1 Diana read her email at 9 o’clock, at 1 o’clock and at 4 o’clock
2 The cinema is open from Monday to Sunday
3 Frank goes theto the dentist in Februrary and July.
4 They have maths lessons on Monday, Tuesday, Thursday and Friday.
5 We meet on the first Saturday of every month.
6 Suzanne cleans her teeth after breakfast and before she goes to bet. 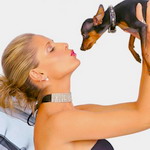 the house if it is in good condition.

3)She is quite different her elder sister.

4)I was an hour late because of the heavy traffic.

5)He knew that Mary didn’t live him and never would;this thought made him unhappy.

6)When do you usually watch TV set?

symbol of Jordanian history, the capital of this country-Amman-creates a 2(good-lookingpleasedpleasant) impression.But the main tourist 3(attractattractiveattraction) in Jordan is Perta,the ancient city that the early Arab people cut in the rocks.When the sun 4(seatssetssits),the rocks gain a bright rose-red colour,for which Jordan received its name- the Rose-red country.Perta can be seen in5(everyallmost) tourist booklet as well as in Hoollywood films.It will take 6(youyouryours)more than a day to see this masterpiece and have a complete picture of it.A magnificent city of the civilization that once used to be great now 7(Collectsputsdrings)Jordan milions of dollars.After all,tourists are curious and not greedy people.

The Children Oncology and Hematology Research Institute (0) set up a charitable fund «Nastenka». The fund started its work in February of 2002. The charity (1). sick children and their families. It also (2). people from different countries to make their (3). to charity events and (4). money for the fund. The charity doesn’t only (5). money. Its members (6). to charity in many different ways. They (7). the needy children with medical care, organise parties, entertainment shows, concerts and excursions for sick children.

1 a raises b supports c donates

2 a asks b gathers c makes

3 a difference b fundraising c contribution

4 a donate b carry c use

5 a have b spend c raises

7 a give b provide c take

,doesn’t play ,is playing) basketball. 2. Did you
have (a ,the , -)good summer 3.(where ,when) were you (a ,the, -)last summer? I was (in ,on ,at) the seaside. 4. I like (it ,when, it when) the sun shines. 5. Nobody (like ,likes ,doesn’t like) (it ,when ,it when) the wind blows. 6. Tom went (quick ,quickly) out of the classroom 7. Did it (happen ,happened) (with ,to )her when she was in the street? 8.when (did ,was ,does) it rain? Yesterday. 9.(Is ,Does, Did) it raining now? 10. (Is ,Does, Did) it sometimes rain in December? Номер 2.Correct the mistakes. Do not change the underlined words. 1.Did you have the good summer? Yes, I did. 2. He doesn’t like when the wind blows 3. Crocodiles have big tooth, don’t they 4. They are usually we fur coats in winter. 5. She is wear a beautiful red dress now. 6. She usually wear a fur hat in winter. 7. When it is hot people wear the shorts and the T-shirts. 8. She isn’t work in a hospital, she is a pilot. 9. It isn’t rain, let’s play volleyball. 10. Did it rained yesterday? Номер 3.which is right? Complete the sentences. 1. David (came ,was coming) in when the children (wrote ,were writing) a test 2. Mike (telephoned ,was telephoning) me when I (took ,was taking) a shower. 3. Mike (spoke ,was speaking) to me when his little sister (took ,was taking) his book out of his schoolbag. 4. We (met ,were meeting) them when we (stood ,were standing) at the bus stop. 5. Yesterday she (came ,was coming) home late. She (had ,was having) lunch, (helped ,was helping her mother about the house and then she (went ,was going) to the park. 6. He (slept, was sleeping) when his mother (came ,was coming) back. 7.On Monday while he (cooked ,was cooking)lunch the postman (brought ,was bringing) him a letter from his friend. 8. When the teacher (came ,was coming )into the classroom, the children (sat ,were sitting) at their desks. 9. One day while she (read ,was reading) a book, a big black fly (sat, was sitting) down on her book. 10. We (read,were reading) a text, then we (answered, were answering) the teacher’s questions. After that we (did ,were doing) grammar exercises.

1. The teacher said that Tom wasn`t very well today.
2. He wondered where could we met.
3. He asked did I know English.
4. I don`t think this is good piece of advice.
5. The little girl sent tothe shop by her mother.
6. Every gouse was wisiting
7. I have got a puppy. It`s name is Spot.
8. Your textbook is difficult than mine.
9. Girls, you think only about yourself.
Help please.

Now use other adjectives instead of the underlined words in these sentences. Make any other changes that are necessary to produce a correct sentence;

Complete these sentences using a word from the box.

Change the underlined words in these sentences to produce the opposite meaning.

2. I disagree with Professor Morton’s ……………. of Shakespeare’s Twelfth

Night, I think he has completely misunderstood the play.

4. Her . of Wordsworth’s Daffodils poem at the party last night just

made everyone laugh, even though she was deadly serious.

2. Match the word combinations with their definitions:

3. Translate the following sentences into Ukrainian:

His latest opera was panned by the critics, which is strange, sinceall his previous works have been universally lauded.

The play bombed in London’s West End, but was more successful in New York.

Anthony O’Donnell won the award for ‘Best up-and-coming actor’ of 2001.

The critics generally agree that her new symphony is a masterpiece.

Novak was definitely miscast as the father in that film.

She has become typecast as a middle-aged mother.

He was given several encores for his performance of the violin concerto.

She got a standing ovation for her performance of Juliet in Romeo and Juliet.

1. Would you like to go to a play that was universally lauded by all the critics? Why / Why not?

2. Good performers deserve an encore. True? Would you give one?

3. Would you like to see a film that was panned by the cinema critics? Why / Why not?

4. What are the top Hollywood awards for films normally called? What is their more correct name?

5. Do most actors like to become typecast? Why / Why not?

6. A standing ovation shows that the audience disliked the performance. True? Why /Why not?

1. The musical shocked some people because they thought it was immoral and was attacked by several politicians and religious figures.

2. Her performance was one of those you will never forget, simply marvellous.

3. I can’t remember the last time I saw such a film that keeps you in suspense and totally absorbed all the time.

4. It was a play that aroused very deep emotions in me.

5. It’s a film that is difficult to watch without getting very upset.

6. Some of his films are absolutely impossible to understand because they are so dense and obscure.

9.Find the appropriate words for these definitions:

4.______ behind the stage, especially inthe dressing rooms of the actors

5.______ the period of timeshown with the help of the props on the stage

3.I think that this actor’s performance is _____ , he deserves better